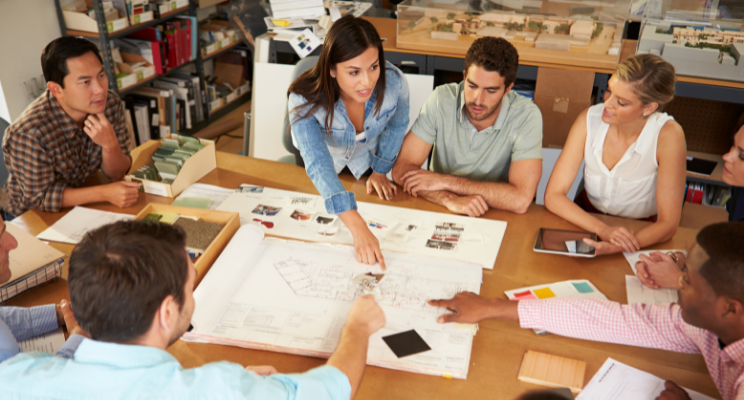 Have you ever been told you are “too direct,” or questioned why you don’t sugarcoat the truth?

HAVING A DIRECT LEADERSHIP STYLE ISN’T A BAD THING.

One of the biggest mistakes that leaders with a direct leadership style make is complicating their message. I’ve worked with Fortune 500s, private companies, startups, universities, and nonprofits, and even the best leaders try to communicate too much information at once.

They want to be everything to everyone. But the reality is you can’t be all things to all people. You have to know who your audience is and speak directly to that person.

I believe the best way to reach people is through emotional connection, but in order to do so, you need clarity. Clarity helps you connect in a way that actually makes people interested and not feel like you’re just trying to sell them on something.

Get your message across in a way that forms connections that can last long after the conversation has ended.

The misconception about direct leader

I was coaching a team a few weeks ago and some of the managers had gotten feedback that their leadership style was “too direct.”

This is REALLY common, especially for women.

The tendency is to assume that a direct leadership style is negative.

There is a misconception that asking direct questions or making straightforward statements is equivalent to bullying and mean behavior.

But the truth is, “direct” isn’t good or bad; that is way too simplistic.

You get the point…

Being direct isn’t bad in and of itself; it’s how we show up that assigns a positive or negative “charge” or meaning to it.

If you want to convince your team to do something, your company has probably taught you that you need to consult with them before making a decision. They’ve likely also taught you that engaging in this type of back-and-forth dialogue helps build consensus, which will make them more willing to cooperate.

However, research shows that being direct—where you take charge and tell people what to do—can actually be more effective at driving successful outcomes.

If you can learn how to use a direct leadership style effectively, you can get more done faster.

Giving and receiving feedback on directness

1️⃣ So, to the folks getting that feedback:

Directness can be a gift!!

You come across as rude, people are put off, and you don’t get what you want.

It’s not you who is being the problem here. This problem happens because people hear ‘no’ and they get frustrated with it. Learn how to modulate your directness so it can be more effective.

2️⃣ And to the folks giving feedback:

Don’t just throw the word “direct” around lightly. Be more specific. Instead, share the impact someone’s directness had on you.

Here are a couple of conversation starters:

✅ I’m sure this wasn’t your intention, but what you said made me feel [dismissed, unappreciated, judged, etc].

✅ I appreciate that we have different styles. Can I share how what you said landed for me so we can understand each other better?

Keep this question in mind for next time

So next time you receive negative feedback about your direct leadership style, reflect on this question: Are you coming across as an @$$hole or direct as a compassionate leader?

A second opinion may also be helpful.

Facing criticism head-on is a sign of integrity. It beats the alternative: not saying anything at all, as people will still fill in the blanks about your behavior. This lead to a poor perception that you’re dishonest or you simply have something to hide, especially if it relates to your business or reputation.