Why So Many Organizations Are Stuck In A Rut 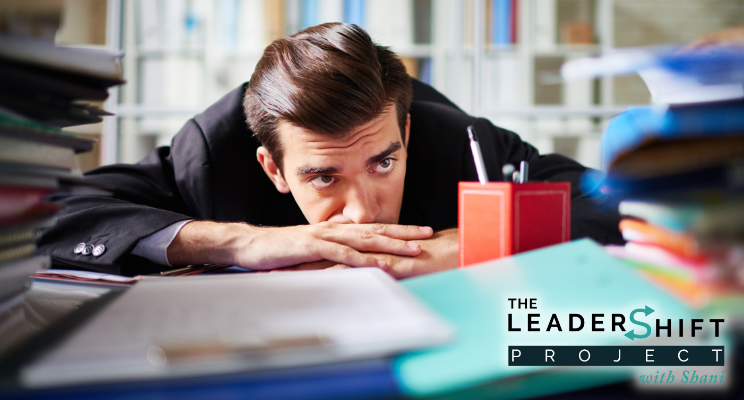 Many organizations are stuck in the same old rut, generating the same results. But in doing so, organizations overlook one of the most important components of success– failure!

Failure is a part of success and normalizing failure is how you will empower people. When you want to do something new, whether it is marketing or product development, you will fail– but you will know how to succeed.

Unfortunately, leaders tend to have the wrong mindset about risk and failure which results in a culture that penalizes risk when it goes “wrong” instead of celebrating and learning from it.

So what happens when an organization gets stuck in this cycle? A company that’s stuck and becoming more and more irrelevant by the minute.

Getting out of a rut

Innovation comes from breaking down ideas and building them up again, from having the courage to fail, and from embracing new ways of thinking. Finding the balance between this new way of working and the structures we have inherited is a difficult task. It requires us to challenge many assumptions about how work works and what makes people productive.

A breakdown of the different types of failure

Ah, the dreaded intentional failure. This is when someone does something illegal or against company policy.

Employers need to address intentionally failing employees. Employees must understand that what they did was wrong and that they will face consequences. This is especially true if this behavior has been ongoing for some time. It can even go on for years without anyone noticing until something goes horribly wrong in a big way!

Intentional failures can also hurt morale among other employees who were told not to do something. They might feel like their bosses don’t have their backs and don’t care about them as much as they say they do.

When you’re leading a team, you want to make sure that each person on the team is doing their best work. But how do you know if they are? It’s not always easy to tell if someone is struggling, especially if they’ve been working with you for some time. It’s common for leaders to believe their teams are doing well when they’re actually stuck.

This is where unintentional failure comes in: people don’t know what they don’t know, so innocent mistakes will happen. But here’s the thing: just because someone doesn’t know how to do something doesn’t mean that person isn’t trying hard or isn’t working hard to get better at it! It just means that they need more information.

That’s where your role as a leader comes in. It’s feedback for LEADERS around how they need to improve their training and onboarding to set their teams up for success.

You know what they say: A stitch in time saves nine.

This is true for organizations too– a stitch in time can save you from careless failures, which are often the result of team members being distracted, rushing, or having competing priorities. Unless this is a pattern for this team member, get curious about what’s going on and help them figure out what’s missing that’s preventing them from focusing.

You can ask questions like, “Does their leader need to revise their priorities because they are disorganized?” Be honest.

Don’t forget to check in with the person. Is there something going on outside of work and does this team member need support?

By taking these steps, you’ll keep your team members from slipping into bad habits and making careless mistakes that could cause major problems for your company.

4️⃣ FAILURE IN SERVICE OF INNOVATING

This is where “failing forward” comes in.

In essence, “failing forward” means using honest mistakes as opportunities to learn. It holds a spirit of continuous improvement, rather than blame or shame.

There is a big difference between honest mistakes and failures due to apathy or malice. Unfortunately, when managers lump “good” failures in with the toxic kind, what typically results is a collective fear of failure that is palpable on their teams.

Failing forward is the only way to encourage innovation and creativity. Anyone who has ever been successful at anything meaningful wears the badge of failure; failure is our greatest teacher. From Einstein to Edison, from professional athletes to renowned composers, from babies learning to crawl to the best Fortune 500 CEOs, they’ve all learned from their failures along the way.

People should be ENCOURAGED to take risks and learn from them. Otherwise, you can stifle innovation and hold your company or project back. Leaders need systems in place to help team members learn from this kind of failure so they can try again but better.

I get it– you’ve got budgets, managers and customers to answer to. This article isn’t about telling you what you should or shouldn’t be doing, it is about opening your eyes to the fact that thinking out of the box does not mean a crazy idea without support.

As you can see, the face of failure is a serious matter that requires a thoughtful approach. It is not just about recovering from an isolated failure, but about avoiding the kinds of mistakes that will lead to future failures.

The most important thing organizations can do is normalize failure. When you normalize failure, you make it easier for your people to accept the fact that it happens and not feel like they are completely useless in some way.

When it comes to overcoming failure and making sure that it does not derail future performance, leaders are in a unique position to help their teams learn from mistakes and move forward with confidence.

By coaching individuals through the thoughtful process described above, leaders can ensure that their teams have the tools they need to succeed both now and into the future.