Giving Feedback (and Feedforward) Is The Best Way To Develop People 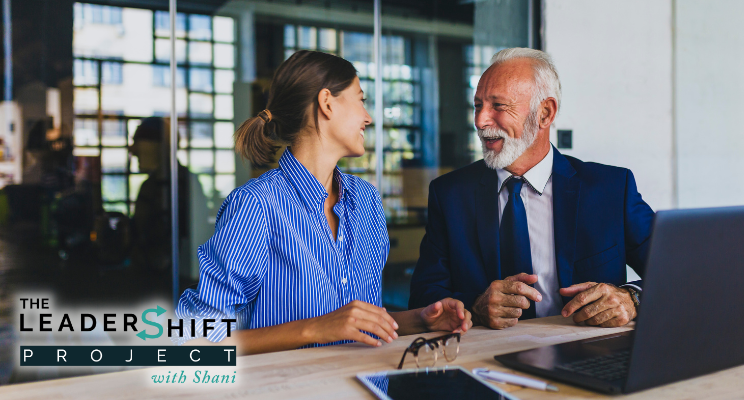 Giving feedback is one of the most important skills a leader can have. It boosts confidence, boosts abilities, and helps people understand what they need to do. However, leaders can find it challenging to give feedback. Even harder is giving feedback in a way that allows their direct reports to develop, grow, and accept their guidance with open minds and hearts.

Let me tell you about some necessary feedback I received from a colleague.

A story from my Goldman Sachs days

Late in my tenure on the high yield team at Goldman Sachs, we got a new manager and he started doing things very differently. A lot of us were resistant to the changes. There was a fair amount of water cooler talk going on, a lot of complaining behind closed doors.

I started connecting with this clique of more senior colleagues who were so cynical they almost made it into a sport. They were having an impact on me– specifically, on how much I bitched and moaned. One day, another coworker pulled me aside.

“You know what, Shani, this is really none of my business, but I want to tell you anyway, in case it’s helpful. I’ve noticed a few times lately that you’re speaking rather publicly with some cynicism. I would just ask yourself what impact that could have on your career. I’ve been around this block before, so I would encourage you to just keep working hard as you always have, and adjust to the changes instead of bucking them. But that’s just my two cents; you can take it or leave it.”

I remember it vividly to this day because of how courageous it was for him to give me that feedback. He made an impact on me by saying something and having the courage to say it.

I didn’t want to be perceived as a cynical, non-team player. I thought, “Damn it, I’m the culture-carrier around here; how’d I let this happen?” His feedback/forward resonated with an intrinsic motivation around how I wanted to be perceived and a more extrinsic motivation around the career trajectory I had in mind for myself. It was extremely valuable then and remained with me well into the future.

Sometimes the hardest feedback to give is when there’s nothing in it for you, as was the case here. My attitude had very little impact on his performance, nor did I report to him. He was just a fellow colleague who cared enough about me to say something. That’s what really mattered: he cared.

Great leaders need to be excellent at giving frequent, balanced, and timely feedback– and feedforward. We give feedback based on things we’ve seen in the past. It’s commentary and discussion that looks backward. Feedforward is taking feedback a step further– to make it actionable and relevant to future performance.

Giving feedback is the best way to help people grow and develop, and it’s also a great way to build trust and foster engagement. However, delivering it in a vacuum with no connection to future performance is not going to be very useful.

Feedback should be stigma-free. If someone states, “I have some feedback for you,” more often than not, our guard goes wayyyy up. We can quickly get defensive, because our culture teaches us to assume feedback is negative. That shouldn’t be the case.

The purpose of giving feedback is to support others, help them improve their performance, and celebrate their successes. The key is to make sure it’s done in the right context.

Giving feedback that leads to growth

Say “thank you.” First, let the employee know that you appreciate the work they are doing and how it is impacting your team’s goals. Then share what they could do to make their performance even better.

Too many managers don’t give enough positive feedback and reinforcement. In the event that they do, it’s totally useless. “Great job” or “Nice work.” I’m sorry, but that’s lazy.

Be specific. Exactly what about it was great? What was the impact the great job had on people? What do you want them to continue doing or do more of? In addition to constructive or negative feedback, great leaders provide positive feedback, if not more so.

Give context and background. Explain why you are giving feedback at that particular moment and what has led up to this point. This can help people make sense of your comments and put them in perspective.

Prep the receiver. Ensure the other person is in the right frame of mind before giving feedback. Make sure the person is receptive to your feedback. If they’re busy, distracted, or preoccupied with other things, it’s better to wait until they’re able to focus on what you have to say.

Feedback isn’t just about the person receiving it or their career. It’s about the person giving it, too. Showing your employees you care and are invested in their growth by providing feedback.It can also be an important form of communication with others on your team, who will grow, learn, and contribute to the organization’s success over time.

The biggest excuse I hear from managers in terms of why they aren’t delivering more frequent feedback and feedforward is that they don’t have time. It doesn’t take much time to shoot a quick email or text message, or have a 30-second conversation.

The other pushback I hear is ”I don’t know how” or “I don’t do it well.” I actually developed a curriculum that can help leaders become feedback masters.

My Masterclass will walk you through giving and receiving feedback effectively: https://theleadershiftproject.com/course/feedback-is-the-3rd-currency-how-to-turn-feedback-into-profits/