The Sound of Workplace Silence

You are here:
LeaderShift Articles 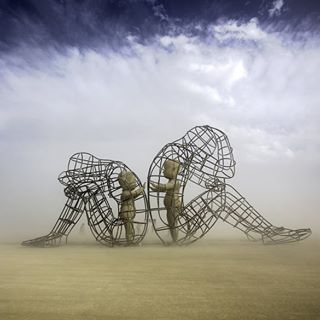 As a Gen X’er, I grew up in a home where my parents’ musical preferences prominently featured Simon and Garfunkel. Even though I more naturally gravitated to Rick Springfield, U2, and Duran Duran, I found myself knowing by osmosis the words to songs like “Bridge Over Troubled Water,” “Mrs. Robinson,” and “Scarborough Fair” (full credit to the latter for educating me about herbs – parsley, sage, rosemary, and thyme!). However, the song that most stands out to me from those days is “The Sound of Silence.”

I’d probably heard that song hundreds of times, but never truly listened to the lyrics until the hard rock band Disturbed covered the song in 2015 and it quickly became an internet sensation. This was also the time during which I was hatching The Better Boss Project®, a movement and business directed at organizations worldwide to inspire and equip people to be better leaders not only of others but also of their own destinies. As such, I immediately drew parallels between the dynamic duo’s Vietnam War-era anthem about the perils of apathy and our very current mission of re-introducing humanity and actual conversation into a workplace that has, paradoxically, become disconnected by technology.

“…People talking without speaking,
People hearing without listening,
People writing songs that voices never share
And no one dared
Disturb the sound of silence…”

Where do we see this showing up at work? Leaders who don’t walk the talk. People speaking in meetings just to hear themselves talk, with no substance or real contribution. Placating your boss, direct reports, or colleagues rather than being honest. Unfounded assumptions and unfair judgments. Failed change management initiatives. Avoiding giving candid feedback. Passive-aggressive behavior, blaming, finger-pointing. Innovation and great ideas shot down for no good reason. Playing politics instead of doing what’s right for the customer. Losing top talent to a competitor because they weren’t challenged enough. I could go on.

In so many instances, impactful conversations aren’t happening in the workplace because devices have turned people into automatons who use email, text, and social media as a replacement for authentic, thoughtful, personal communication. Furthermore, most managers aren’t comfortable having conversations that fall outside the realm of triviality and/or praise, and that has a debilitating domino effect on culture and performance.

“…Fools, said I, you do not know, silence like a cancer grows…”

In the organizational context, the cancers that grow when too many people remain silent for too long are widespread unhappiness and dysfunction at best and fraud and scandal at worst. Imagine how many people’s savings would have been preserved if someone dared to disturb the sound of silence at Enron long before Sherron Watkins did or if the Securities and Exchange Commission had listened to initial claims about Bernie Madoff brought to their attention in 1999. How many Chipotle employees silently questioned the company’s food safety procedures before the reputation-damaging E.coli outbreaks? Less overtly, how much lost productivity, engagement, and profitability could be recouped if there were more open-minded, constructive discussion happening in the workplace?

Building organizations with cultures of excellence and results to match start with improving the quality of relationships all around us. And we all know relationships of any kind take work. The most fruitful work you can do is to communicate early and often in ways that engender trust, mutual respect, and commitment. Don’t use time as an excuse not to. In a 2012 article, Wall Street Journal writer Laura Vanderkam challenged, “Instead of saying ‘I don’t have time’ try saying ‘it’s not a priority’.” Clearly, this is not a mandate to literally tell people they aren’t a priority! Rather, it’s a way to help calibrate your priorities. If you want to be a better boss with the accompanying benefits accruing to you and your organization, there is no higher priority than improving relationships. Consider a key finding from employee engagement expert Gallop that companies with highly engaged workforces outperform their peers by 147% in earnings per share.

Our tagline is “Live and lead with #NoRegrets.” Regrets of a personal nature like not spending enough time with your kids or aging parents, starting on that book you always wanted to write, taking that trip to Europe, or learning how to surf. Regrets of a professional nature like letting fear stop you from pursuing a promotion, failing to deliver on your brand promise, losing your top salesperson, or spending too much time on email and not enough time on big picture strategy. We want to help you work towards whatever #NoRegrets means for you and onward to limitless success.

“And the signs said, the words of the prophets are written on the subway walls and tenement halls.”

Simon and Garfunkel released their classic hit in 1964. Well, it’s now 2017 and high time to get such wisdom on the walls and halls of our corporations, small businesses, government agencies, non-profits, schools, and other organizations where we live and lead.