How to beat procrastination (the solution is not what you think) 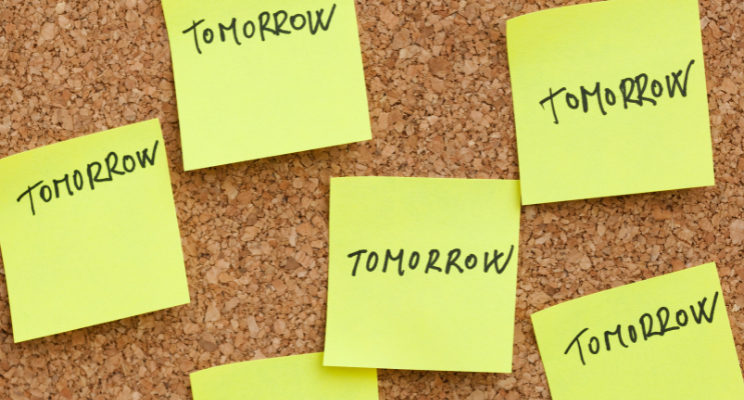 We all know the feeling. You have a task that you need to do, but it feels overwhelming and tedious, so you put it off for another time when you’ll be more motivated.

Most of us have some form of distraction or procrastination that gets in the way.

One of my personal weaknesses is Netflix. I love shows like Ozark and Inventing Anna, but it can become addictive and distracting.

The worst part is that I procrastinate on important tasks.

Have you ever felt that way?

Maybe it’s time to focus on a big goal or project but instead you check insignificant emails, turn to social media, or binge another show? And then hours may pass and you still haven’t started on the far more important thing you should be doing?

One of my clients was running up against this recently.

As a coach, my job is to ask some powerful questions to help him get to the core reason these distractions are so prevalent, and we had an interesting discussion that is worth sharing.

What this means is when you peel back the onion, there is actually something underneath that was the real culprit for procrastination.

And I’m gonna bet you know what I’m talking about.

We perceive scrolling social media, for example, as a distraction. But that’s just how a distraction manifests itself.’

It might feel like you’re getting sucked into a vortex of pointless and unproductive activity, when in reality you’re just trying to avoid whatever you’re supposed to be doing.

What’s happening on the INSIDE that is causing avoidance?

For example, is it…

🤔 …fear of not being good enough?

🤔 …fear of being judged?

Each step leads to the next

Hear me: this isn’t wrong; we are prewired for it actually. Uncertainty can feel dangerous, and when humans are in danger, our flight/flight/freeze mechanism kicks in right away.

Every single one of us has been there at one point, or always is there. It’s a dark hole I’ve spent a good chunk my life trying to climb out of.

Once you deal with that prehistoric voice in your head that tells you to be anxious and its strong-armed partner in crime, vulnerability, the need to watch more cute but irrelevant animal videos or “just one more episode” will dissipate.

So ask yourself honestly, what is the REAL thing driving my distraction?

Then to break the distraction pattern, do one small thing toward your goal or big project. That alone can shift the momentum.

So let’s stop waiting around for motivation to strike us like lightning and just get started already!

Feel free to shoot me a message if you need help. Let’s figure it out together: shani@theleadershiftproject.com